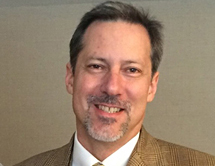 Dr. David Wilmot has over 30 years of experience in ocean science and policy and is co-founder of Ocean Champions, a highly respected organization dedicated to making the health of our public seas a nonpartisan priority. Ocean Champions is the first national organization of its kind focused exclusively on the ocean and ocean wildlife policy. They are developing a broad, bi-partisan base of supporters from which to cultivate political champions who will actively push ocean conservation ideas and legislation forward in the U.S. Congress and in key states.

Their mission is to create a political environment where protecting and restoring the ocean is a priority of our federal and state governments. Over the past decade Ocean Champions has helped elect more than 100 different Congressional members, senior leaders and first time candidates.

Ocean Champions played a key role as part of a broader coalition in shaping and obtaining the landmark Executive Order that President Obama signed (in 2010) establishing our nation’s first National Policy for the Stewardship of the Ocean, Coasts, and Great Lakes.

In addition to supporting—or defeating—members and candidates for elective office, Ocean Champions is highly focused on these important issues: ending over fishing, combating harmful algal blooms, stemming the build-up of trash and pollution in our seas, and addressing acidification caused by climate change.

Dr. Wilmot has a wealth of experience in ocean science, environmental policy, non-profit governance, fundraising, and political advocacy. Prior to co-founding Ocean Champions he was Executive Director of the Ocean Wildlife Campaign, where he worked for eight years to build a coalition of six national and international organizations into the leading voice for the conservation of large ocean fishes. He received his PhD in marine biology from Scripps Institution of Oceanography, University of California.