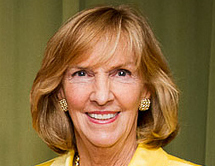 Wendy Benchley has been working on blue and green issues for the past 50 years. She is a renowned global voice for protecting sharks and safeguarding our seas. As a scuba diver, she has witnessed dramatic changes to our ocean’s wildlife and its habitats. This has motivated her vigorous efforts to help shape smarter, stronger environmental and marine policies with government officials, NGOs and other civic leaders.

Wendy co-founded the Peter Benchley Ocean Awards,™ honoring her late husband’s legacy, in order to shine a light on the exceptional conservation work being done by marine scientists, researchers, explorers, and policy makers both in the United States and internationally.

Based in Washington, D.C., Wendy is actively engaged in the marine policy community and supports many of the world’s leading ocean & environmental philanthropies. She sits on the Board of WildAid, global leaders in reducing demand for illegal wildlife products such as ivory, rhino horn and shark fin. WildAid has been hugely successful in changing attitudes and sharply reducing demand for shark fin soup in China.

Wendy is currently helping the Aspen Institute High Seas Initiative foster and implement new policies to protect the high seas. She has actively supported the Environmental Defense Fund in both Board and Advisory roles for the last three decades. And, she is also a Board Member of Blue Frontier, a grassroots group that engages citizens to protect marine wildlife and coastal communities.

Her passion for diving and the environment exploded in the early 70s after the release of Jaws. She and Peter traveled the world on expeditions where we witnessed dramatic changes to ocean wildlife and its habitats. This experience motivated her to march in the streets for smarter, stronger environmental & marine policies and to run for office in her home state of New Jersey, where she was elected to serve three terms as Princeton Borough Councilwomen.

Wendy was honored to receive the 2014 International SeaKeepers Society Lifetime Achievement Award, which is given annually to an individual or an organization that has demonstrated an extraordinary commitment to ocean conservation and the 2017 Pegasus Foundation Wings Award for excellence in animal and habitat protection. Click here to see a video tribute. She was thrilled to be inducted into the Women Divers Hall of Fame in 2015 and to receive the Beneath the Sea, Diver of the Year Environmentalism Award in 2016. 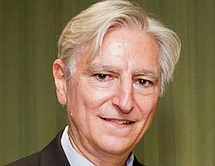 David Helvarg is co-founder of the Peter Benchley Ocean awards, Executive Director of Blue Frontier Campaign, and an author. He is editor of the Ocean and Coastal Conservation Guide and the executive producer of the “Blue Vision Summit”, a high-level gathering of ocean activists, marine scientists and policy-makers held biennially in Washington, D.C. He is an award-winning journalist, who worked as a war correspondent in Northern Ireland and Central America, covered a range of issues from military science to the AIDS epidemic, and reported from every continent including Antarctica.

David has produced more than forty broadcast documentaries for PBS, The Discovery Channel, and others. His print work has appeared in publications and online including The New York Times, the Los Angeles Times, National Geographic, Smithsonian, Popular Science, Sierra, Parade Magazine; his reporting has taken him to every continent including Antarctica. His books include: Blue Frontier, The War Against the Greens, 50 Ways to Save the Ocean, Rescue Warriors, Saved by the Sea, and his latest, The Golden Shore - California’s Love Affair with the Sea, now out in paperback. David is a licensed Private Investigator, avid body-surfer, and accomplished scuba diver.