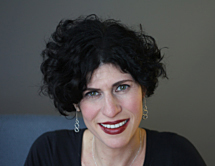 A born-and-bred Washingtonian, Juliet Eilperin graduated in 1992 magna cum laude from Princeton University, where she received a bachelor’s in Politics with a certificate in Latin American Studies. In the fall of 1992 she went to Seoul, South Korea on a Luce Scholarship, which allowed her to cover politics and economics for an English-language magazine. Returning to Washington, Ms. Eilperin wrote for Louisiana and Florida papers at States News Service and then joined Roll Call newspaper in 1994. In March 1998 she joined The Washington Post as its House of Representatives reporter, where she covered the impeachment of Bill Clinton, lobbying, legislation, and four national congressional campaigns.

Since April of 2004 she has covered the environment for the national desk, reporting on science, policy and politics in areas including climate change, air quality and increasingly, oceans. In pursuit of these stories she has trekked the Arctic tundra and gone scuba diving with sharks in the Bahamas.

Her continuous and informed coverage of ocean issues reflects well on the The Washington Post at a time when other newspapers have cut back on their environmental and marine science coverage as part of their industry’s contractions. Where five years ago there were at least four national newspaper reporters regularly covering ocean issues (with two Pulitzer Prizes awarded for their coverage) today Juliet stands alone working the blue beat.

During her first year at the Post, Ms. Eilperin was the most prolific writer on the news staff, writing more than 200 stories. In the spring of 2005 she served as the McGraw Professor of Journalism at Princeton University, teaching political reporting to a group of undergraduate and graduate students. Her first book, Fight Club Politics, came out in 2006. Her new book, Demon Fish: Travels Through the Hidden World of Sharks, will be out with Pantheon Press in June 2011.