Often called the ‘Academy Awards for the Ocean,’ the Peter Benchley Ocean Awards will honor a diverse group of eight ocean leaders including the President of Palau, a New York Times investigative journalist, a French sailing expedition, and the Mayor of a San Diego border town.

Officially announced on the first Monday of the New Year, the 2016 winners represent an array of marine expertise across many sectors of society. They will attend the 9th annual awards on Friday May 20, 2016 at the renowned Monterey Bay Aquarium in California. There they will receive award statues designed by acclaimed marine artist Wyland. This year’s winners are: 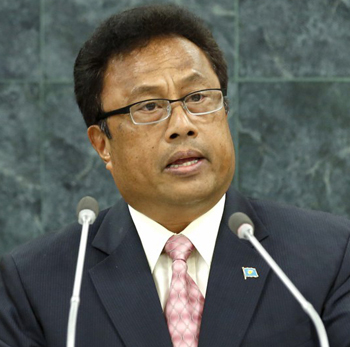 For Excellence in National Stewardship – President Tommy Remengesau Jr. of the Republic of Palau

Having helped establish a shark sanctuary and pristine dive sites, in October 2015 President Tommy Remengesau signed into law legislation protecting 80 percent of his Pacific island nation’s territorial waters from any extractive activities including fishing, drilling and mining—an area larger than California.  Palau’s remaining waters will be open to fishing by locals and a limited number of commercial operators. “Creating this sanctuary is a bold move that the people of Palau recognize as essential to our survival,” he announced.  In December 2015 President Remengesau also signed an international treaty targeting Illegal, Unreported, and Unregulated (IUU) pirate fishing.  “Palau will not tolerate poachers in our ocean.  We are getting tough on illegal fishing at home, and today we are signing up for the global fight,” he stated.  Palau’s government proved its seriousness when it burned four foreign vessels caught illegally fishing in its waters.  Along with these bold initiatives President Remengasau has also been outspoken on the need for global action to address fossil fuel fired climate change that threatens many island nations such as Palau. 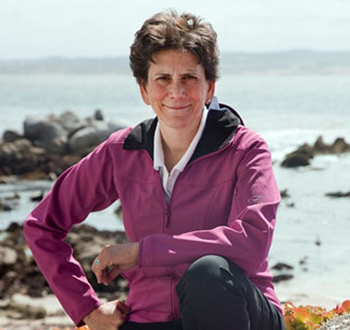 Marine biologist and Stanford professor Dr. Barbara Block is renowned for her studies of tunas, billfish, sharks, turtles and other migratory marine animals.  Her work research has expanded knowledge of highly migratory fish their behavior, physiology, ecology and their interactions in the ocean using satellite tagging and tracking techniques or tags on a global scale.  She established the Tuna Research and Conservation Center with the Monterey Bay Aquarium and also helped create was the leader of the decade long project for the for the Census of Marine Life called TOPP “Tagging Of Pacific Predators.”  One of the outcomes of its almost decade long work was herthe TOPP program was the recognition of the California animal-rich current that runs off the western shores of North Americabetween the Arctic and Baja—dubbed the “Serengeti of the SeaBlue Seregenti.”  Her Block Lab at Stanford’s Hopkins Marine Station also conducts laboratory studies continues studies of the movement and physiological ecology of marine fishes and the selective advantage of heat production in fishes.on the physiology, biomechanics and molecular genomics of tunas. 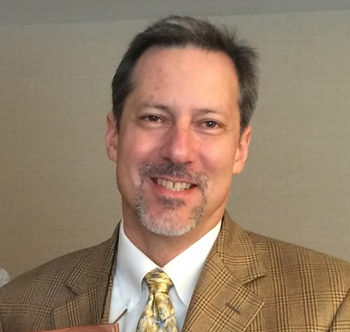 For Excellence in Policy– David Wilmot and Ocean Champions

Dr. David Wilmot has over 30 years of experience in ocean science and policy.  After receiving his PhD in Marine Biology from Scripps Institution of Oceanography, he went on to work as a policy fellow and advocate in Washington D.C. including as Executive Director of the Ocean Wildlife Campaign that aimed to conserve large ocean fish.  In 2003 Dr. Wilmot helped author a report, ‘Turning the Tide’ that examined why marine conservation efforts were not having a larger policy impact.  Shortly thereafter he and Attorney Jack Sterne co-founded Ocean Champions, which identifies itself as, “the only political voice for the oceans.” Ocean Champions is a conservation organization that includes a Political Action Committee (PAC) aimed solely at making the health of our public seas a nonpartisan national government priority.  It does this by endorsing and raising money for Congressional “ocean champions” and opposing “ocean enemies,” of both parties.  It also works directly to support legislation to address important issues such as over fishing, trash-free seas, and a bill to study harmful algae blooms that passed into law in 2014. Under Dr. Wilmot it also tracks and fights bills and legislative amendments that threaten the marine environment.  Since its founding Ocean Champions has worked on over 200 Congressional campaigns with its “champions” winning elections 86% of the time. 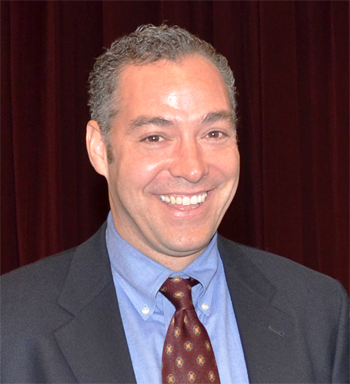 For Excellence in Media – Ian Urbina

Ian Urbina is an investigative journalist for The New York Times, based out of the paper’s Washington bureau.  His writings have ranged from domestic and foreign policy to commentary on everyday life.  In July 2015 the newspaper published his highly acclaimed series called, “The Outlaw Ocean,” that took an in-depth look at the current lawless state of the world’s ocean including piracy, illegal fishing, environmental damage, rampant murder, the use of unregulated private security forces, even the use of slave crews on pirate and high seas fishing vessels. Urbina’s compelling series generated a high-level of public interest, a Times editorial call for action and discussion of new regulatory and law-enforcement approaches at the national and international policy-making levels. He continues reporting on the links between commercial fishing, pirate fishing, at seas human trafficking, various risks to mariners and organized crime. 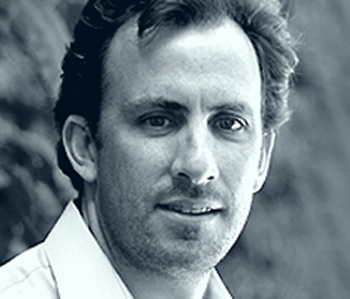 Environmental economist Dr. Chris Costello is a co-founder of the Sustainable Fisheries Group that combines economics and marine science to implement effective strategies for restoring the world’s depleted fisheries.  Working with academic and advocacy partners he’s developed ways to align marine reserves and sustainable local fishing in tropical coastal nations including Indonesia, the Philippines, Belize, Brazil and Mozambique.  He’s also worked with the World Bank and others to promote “50 in 10,” a bold initiative to restore half of the world’s commercial fisheries to ecologically sustainable levels over the next decade. This effort is part of Costello’s practical vision that includes healthy wild fisheries, a healthy ocean, coasts and the communities whose economies and environment depend on them. 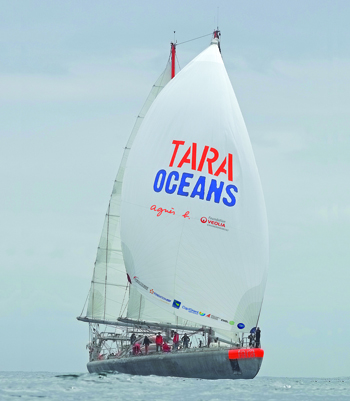 For Excellence in Exploration– Tara Expeditions

For more than 12-years Tara Expeditions, a French, ship-based non-profit marine conservation organization has traveled the world’s seas aboard its namesake, a 36-meter aluminum-hulled research schooner. Tara’s explorations have ranged from Arctic and Antarctic ice to tropical and temperate seas to the Mediterranean and most recently up the Seine for the December 2015 Paris Climate Summit. Along with carrying out educational and art projects for the ocean its scientific researchers have uncovered groundbreaking new information that was published in the prestigious journal Science in 2015 about plankton—organisms that are as important for Earth’s ecosystem as the rainforests in terms of generating oxygen and as the base of marine food webs.

Tara supported a multinational, multidisciplinary team in sampling plankton ecosystems and microscopic DNA from around the world at 210 sites and depths up to 2000 m in all the major oceanic regions during expeditions from 2009 through 2013. Thousands of samples were collected, revealing plankton life and marine viruses far more diverse and abundant than previously suspected and helping scientists learn more about how plankton potentially influences ocean food webs and climate change. Science ran five reports on Tara’s findings (including a cover story) based on the expeditions’ initial results. Tara Expeditions continues its unique mission of combining ocean science, conservation, education, and exploration around the globe. 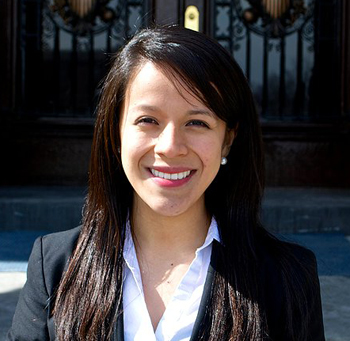 21-year-old Daniela Fernandez, a government major now in her Junior Year at Georgetown University, is the founder and President of the Georgetown ‘Sustainable Oceans Alliance’ (SOA), “a student led organization that empowers Millennials to become leaders in preserving the health and sustainability of our oceans.”  After a chance trip to the United Nations in 2013 where she learned that the oceans’ fish could be gone by 2050 affecting the global economy, food chains, and tourism, Fernandez decided to she had to take action. “I was honestly terrified of the repercussion of what’s happening to the oceans and the impact this would have on my life,” she said.  She returned to start the first chapter of SOA to educate and empower the Georgetown community and Millennials, in particular, to do something about ocean sustainability in their careers—regardless of whether they are going into finance, banking, health, or teaching. Fernandez and SOA also wanted to create a platform to bring together multiple universities and sustainability experts. This led to the first annual ‘Sustainable Oceans Summit’ with more than 30 colleges and universities participating to learn from ocean luminaries and leaders in government, science, business, and policy.  Along with Fernandez’ work on the Alliance and her course work, she also sits on the University’s Licensing and Oversight Committee, Environmental Committee, Board of Governors and is a student leader of the Georgetown Global Social Enterprise Initiative. Fernandez believes that her generation is the key to bringing more attention to the problem of ocean sustainability and solving some of the world’s most pressing challenges. 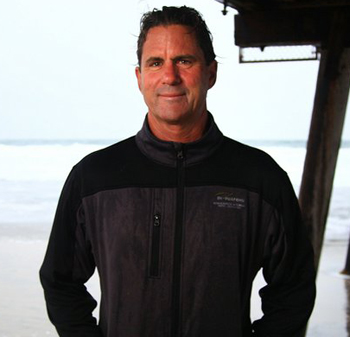 Serge Dedina is the Mayor of Imperial Beach California and the Executive Director and co-founder of WILDCOAST/COSTASALVAjE, an international organization based in the U.S.-Mexico border town of Imperial Beach that set out to protect some of the most beautiful and biologically significant coastal and marine ecosystems areas in southern California and Latin America. He is the author of Saving the Gray Whale, Wild Sea: Eco-Wars and Surf Stories from the Coast of the California and Surfing the Border. Dedina was instrumental in the development of two national parks along Baja’s Sea of Cortez and initiated an international campaign that successfully stopped a multinational corporation from destroying San Ignacio Lagoon - the world’s last undeveloped gray whale lagoon. In addition, Dedina launched a “Clean Water Now” campaign along the U.S.-Mexico border that led to the construction of a new sewage treatment plant in the Tijuana River Valley. Dedina is currently leading an effort to preserve Baja’s central Pacific coastline, a project that has resulted in the conservation of close to 40 miles (65 km) of pristine coastline to date. A strong supporter of ongoing bilateral dialogues between U.S. and Mexican state, federal, and local governments, the Mayor believes that communicating ‘values’—and not just facts—is critical to reaching broader audiences that are necessary for lasting ocean conservation victories. Mayor Dedina received a Ph.D. in Geography from the University of Texas and was elected to office in 2014.